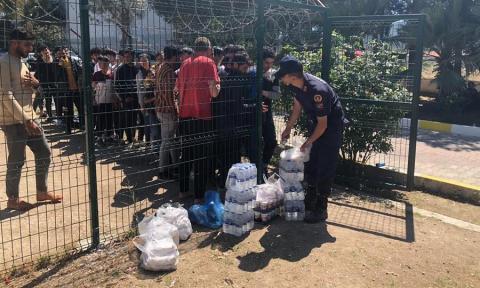 Turkey has deported 28,581 irregular migrants since the new year, the Presidency of Migration Management, affiliated with the country's Interior Ministry, has said.

In a statement issued on May 24, the institution expressed, "Compared to the same period last year, deportation of the irregular migrants has increased by 70 percent."

According to the statement, those "entering the country illegally," "working without official permits," "causing threat to public security and health," and "overstayers" are being extradited.

The institution also highlighted that the country did not allow illegal entrances from the east and the southeastern borders during the first five months of this year.

"Some 153,088 irregular migrants have been prevented from entering Turkey illegally."