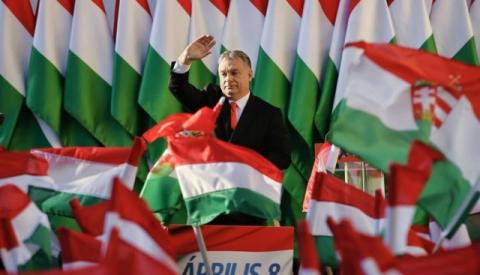 The Hungarian government will be given extraordinary powers to respond more quickly to the challenges posed by the war in Ukraine. This was explained by Prime Minister Viktor Orban three months after Russia invaded his country's northeastern neighbor.

Orban addressed the Hungarians on Facebook and promised today to announce the first concrete measures to deal with the consequences of the war. According to him, the goal is for the government to be able to make decisions quickly.

"We have seen that the war and the Brussels sanctions have caused economic disaster and drastic price increases. The world is on the brink of economic crisis," said Orban, who won a fourth consecutive term hours after his next government took office.

He reiterated his thesis that Hungary should not enter the war in Ukraine and "protect the financial security of families."

The exact name of the measure is "emergency situation". It will allow parliament to be circumvented when adopting measures. Prior to Orban's address, parliament amended the constitution to allow for such a move.

This is the third time Orban has used such an instrument: once during the migrant crisis in 2015, when Hungary declared itself the guardian of Christian Europe, and once during the coronavirus pandemic. The third coincides with a difficult time for Budapest, in which it opposes a European request to join a future package of sanctions with an oil embargo on Russia over the war in Ukraine. President Vladimir Putin's invasion of Hungary's neighbor overturned Orban's campaign but later helped him win the election.