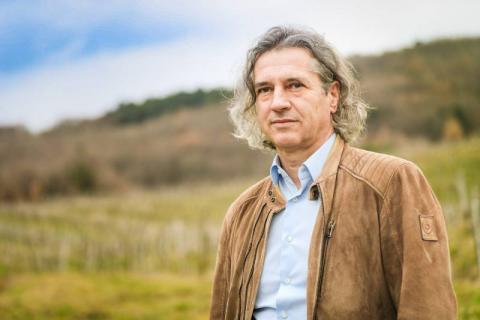 Ljubljana – The National Assembly elected Robert Golob prime minister in a 54:30 vote on Wednesday, just over a month after his Freedom Movement won the general election in a landslide on a pledge to thoroughly reform the way politics is done in Slovenia.

Immediately after being sworn in, Golob submitted his cabinet line-up to parliament with hearings of ministerial candidates before the parliamentary working bodies set to start on Saturday. The goal is to have the government in office by 3 June.

“A month ago, voters made it clear that they want to live in a normal country, where they won’t be facing constant uncertainty about what the next day will bring,” the 55-year-old former energy executive told MPs before the vote.

Golob will lead a three-way centre-left coalition with the Social Democrats and the Left which has 53 MPs in the 90-member legislature, one of the largest majorities a government has ever had, after four turbulent years with two consecutive minority governments.

Speaking after the vote, Golob said he was aware of the big expectations but added that “challenges should sometimes be huge so that you work the harder”. He said he accepted the responsibility to build a Slovenia that the people wanted.

Even though he was taking office in “unfriendly circumstances”, Golob was confident he had the excellent team that would be up to the challenge.

The coalition has set out a blueprint of broad-based reforms separated into immediate measures and long-term plans that Golob has said would take two terms to complete.

Golob identified tackling problems in healthcare and containing rising energy and food prices as the first priorities of his emerging centre-left government.

In healthcare, the cornerstone of the welfare state, Golob announced an “experiment” where reforms would be taken not only on paper, but would involve a stress test for the public healthcare system to see what its limits are.

Another major issue to be addressed is rising energy and food prices. Golob pledged for his government to identify the reasons for the high prices and contain them by September, if necessary by regulating prices. They will start by seeking voluntary agreements with producers and the biggest retailers.

“We don’t deserve war profiteers and there won’t be any in Slovenia, each will have to shoulder their part of the burden,” declared Golob, who served as CEO of energy trader GEN-I for 15 years, before deciding to run in this year’s election.

Long-term measures aimed at addressing rising energy prices will be to work intensively to deploy solar panels en masse and double down on electricity as an energy source, something he said the whole public sector would have to adapt to.

As a third priority Golob identified knowledge-based society; the only way to create new value is to invest in knowledge. He announced digitisation – the capture of data and interconnectivity of all systems to make information accessible and visible.

The new opposition greeted Golob with scepticism, concerned about the incoming government’s “socialist” ideas and the outsized role that they think the Left will play in shaping economic policy.

Jelka Godec, deputy group leader for the Democrats (SDS) expressed fear about “stagnation or even a return to the past, when companies moved their headquarters abroad”.

“We share many concerns of businesses, doctors, trade unions and ordinary people,” added New Slovenia (NSi) leader Matej Tonin, who asserted that ideas by the Left which his party sees as detrimental were reflected in the coalition agreement.

Janez Janša, the outgoing prime minister, echoed these concerns when he congratulated Golob on Twitter saying: “May actions be in accordance with the pledges made today, not the coalition agreement of yesterday.”