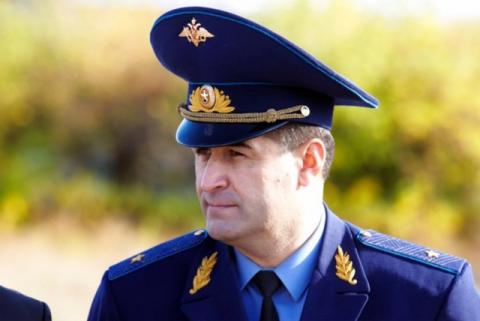 Major General Kanamat Botashev has become the highest-ranking Russian pilot to be killed in the skies over Ukraine, the BBC's Russian service reportedTuesday.
The 63-year-old retired general had been flying a Su-25 fighter jet over the Luhansk region on Sunday when the aircraft was targeted by a Stinger shoulder-fired missile system, the BBC reported, citing three of Botashev's former subordinates who spoke on condition of anonymity, it was published in Slobodna Dalmacija.
According to the BBC's sources, the Su-25 had been on a mission to strike at Ukrainian positions around the town of Popasna, which was recently captured by Russian forces.
Botashev had been a regimental commander until he was forced to retire in 2012 after being found guilty of crashing an Su-27 fighter jet while performing acrobatics.
Botashev was born in 1959 in Karachay-Cherkessia and graduated from the Yeysk Higher Military Aviation Institute, qualifying as a fighter-bomber pilot. He rose from lieutenant to general.
He then worked as deputy chairman for aviation of the Volunteer Society for Cooperation with the Army, Aviation, and Navy in the Leningrad region.
There has been an unusually high number of top-ranking Russian officers who have been killed so far in the war. Ukrainian sources said that at least 12 generals had died, it was reported on May 12.

On Sunday, May 22, the General Staff of the Armed Forces of Ukraine announced that a Russian Su-25 fighter was shot down in the sky above Lugansk, and that the pilot did not have time to eject. Following the news, Fighterbomber, Russia's Telegram channel for military pilots, announced that it regrets the unnamed commander.
"Farewell, commander... There are few people on this...