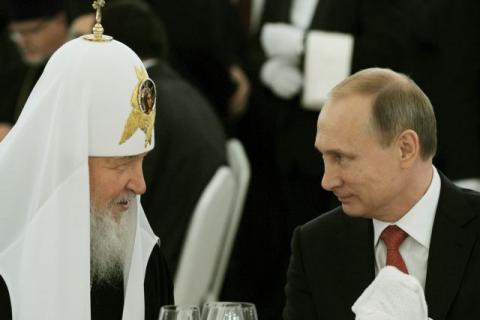 "It should have been impossible for all Churches not to condemn violence and war. The Russian Church disappointed us. I would not have wanted the Russian Church and my brother, Patriarch Kirill, to constitute such a tragic exception. I do not know how he can justify it to his conscience," Vartholomeos said in an interview with Greece's ERT public television.

"I would have expected of my brother Kirill to rise to the occasion at this critical, historic moment. If need be, he should sacrifice his throne to tell Putin, "Mr. President, I cannot agree with you and I am resigning," the Ecumenical Patriarch declared.

Pope Francis to Kirill: 'Do not be Putin's altar boy'

In an interview published on 3 May in Corriere della Serra, Pope Francis offered much more scathing criticism of Kirill, calling upon him not to be Putin's "altar boy".

"The patriarch cannot transform himself into Putin's altar boy," the pope said.

Pope Francis said that during a 16 March 40-minute Zoom conversation, Kirill listed all the supposed justifications for the war from a sheet of paper.

"I listened and then told him: I don't understand anything about this," Francis said. "Brother, we are not state clerics, we cannot use the language of politics but that of Jesus. We are pastors of the same holy people of God. Because of this, we...