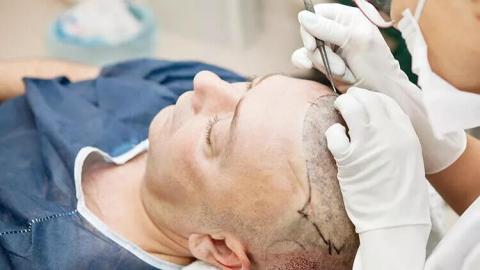 Turkey is becoming a major player in global health tourism, attracting tens of thousands of people around the world, most of them from Europe, with revenues reaching over $1 billion.

Turkey's health services industry served more than 640,000 people from other nations, and 400,000 of them were Europeans, offering a wide range of treatments, including very popular plastic surgery, hair transplant and in vitro fertilization.

Revenues of the health tourism industry exceeded $1 billion last year. But this figure is probably much higher at around $2.5 billion to $3 billion if unrecorded revenues are included, according to Cihat Alagöz, chair of the Trade Fairs Industry Council of the Union of Chambers and Commodity Exchanges of Turkey (TOBB).

"Turkey is well-positioned in the global health tourism industry, where India, South Korea, the U.S., Thailand and Malaysia are the major players. With the progress it has made, Turkey has turned into a pioneering country in the health tourism sector. The local industry has a huge potential to become an important source of hard currency," Alagöz added.

Data from the Turkish Statistical Institute (TÜİK) showed that 388,000 foreigners visited Turkey for health tourism and revenues stood at $550 million, Alagöz recalled, adding that the number of visitors nearly doubled to 642,000 people and revenues climbed to $1.05 billion in 2021.

"It is, however, estimated that the revenues were actually much higher at somewhere between $2.5 billion and $3 billion when unrecorded revenues are included."

Alagöz added that in 2021 the average spending per foreign tourist was $750...