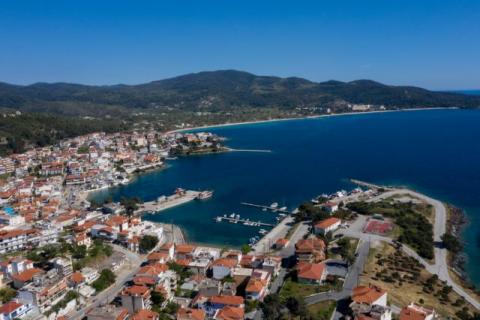 "In the first quarter of 2022, the receipts in the tourist product increased by 342% compared to the corresponding period last year", noted the Minister of Tourism Vassilis Kikilias in an interview given to ANT1 television station.

As Mr. Kikilias underlined, the incoming travel traffic also increased this year by 295% compared to last year. He spoke with specific examples from well-known tourist destinations, such as the islands of the southern and southeastern Aegean, where - as he said - in May this year, both tourist traffic and revenue, recorded an average increase of 10% compared with the corresponding performance of May 2019.

"Only for June, we expect 500 cruise ships in Greece," stressed the Minister of Tourism. Mr. Kikilias also referred to the record of arrivals of American tourists in our country. Mr. Kikilias again spoke of  the 9 daily flights from the USA that started on March 7. Americans are considered "high spending" travelers, who leave a large income in shops, hotels, in the city, in the country.

In fact, as the Minister of Tourism added, the tourist flow from the USA is so strong that the companies themselves are utilizing larger aircraft, as there are no vacancies until the end of the summer season. Indicative of the positive messages from tour operators abroad is the fact that contracts are already being made for the summer of 2023, said Mr. Kikilias, citing Easy Jet and Jet 2 as examples.

"Currently, the occupancy in Halki, Symi, Astypalea, Kastelorizo ​​is extremely high. We support alternative destinations. We gave impetus to the cruise industry. Only in the port of Thessaloniki, the increase in cruises, at the moment, exceeds 250%. We enhance the tourism product even...

Changes are coming to the law on smoking

Kavala to host Αthena International Olive Oil Competition in May

Changes are coming to the law on smoking

Former King Constantine: The moments that stood out at his funeral