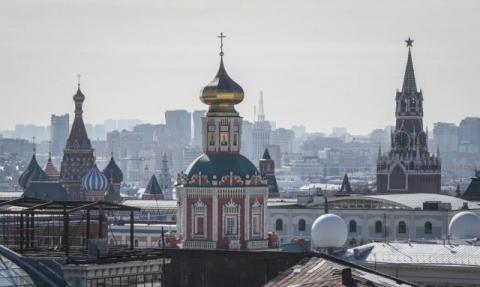 Russia is also disappointed with the hostile actions of the authorities in Croatia in recent months, but hopes to return to mutually beneficial cooperation, the Russian Ministry of Foreign Affairs announced on Wednesday.
The statement was issued on the occasion of the 30th anniversary of the establishment of diplomatic ties between Moscow and Croatia and Slovenia, which Moscow also accuses of "breaking bilateral ties".
Croatia and Slovenia have condemned Russia's invasion of Ukraine and joined European sanctions against Moscow. As part of the measures, Zagreb expelled 18 Russian diplomats and six members of the administrative staff in April.
"It is unfortunate that the Croatian authorities have taken a very hostile attitude towards Russia in recent months, sharply deviating from the achieved quality of our bilateral ties, destroying their foundations and causing serious damage to the fundamental interests of the two countries," the statement said.
"We are convinced that such a destructive approach is hopeless and disastrous", they say on Smolensky Square. Russian diplomacy is sure that common sense will prevail in Zagreb and that "Croatia will return to the road of constructive dialogue and mutually beneficial cooperation based, among other things, on awareness of geopolitical reality and true national interests."
Speaking of Slovenia, Moscow is disappointed with the decision of the government in Ljubljana to take "unjustified hostile steps" in order to "break bilateral ties despite the historical logic of their development".
"We are convinced that such a policy of the Slovenian authorities, which is contrary to the true interests of our friendly peoples, will eventually give way to a balanced position natural for Russian...