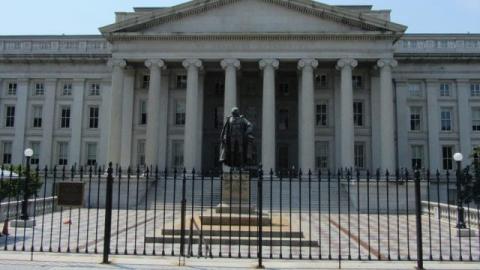 Kosovo-born New Yorker Mirsad Kandic, 40, faces up to life imprisonment for becoming an ISIS fighter, recruiting other ISIS fighters, and providing weapons, equipment, and battlefield intelligence to ISIS, the US Justice Department announced on Wednesday.

"Kandic faces a maximum sentence of life imprisonment on the two counts of the indictment resulting in death, and 20 years' imprisonment on each of the other four charges," the press release said.

A federal jury in Brooklyn returned a guilty verdict Tuesday on one count of conspiracy to provide material support to ISIS, and five substantive counts of providing material support to ISIS in the form of personnel, including himself, Australian citizen Jake Bilardi, and others, as well as services, weapons, property, equipment, false documentation and identification, all between January 2013 and June 2017, when the defendant was arrested in Sarajevo, Bosnia.

"Kandic helped to build a secret supply chain of willing fighters for ISIS, recruiting them over social media and ensuring their illegal transit into Syria so they could wage war. He played a vital role in the terrorist group's communications network allowing ISIS to maintain its stranglehold on territory within Syria, and propagating ISIS fighters around the world to plot attacks. Although the threat posed by ISIS has evolved, we must continue our pursuit and punishment of those who support the terrorist organization," Michael Driscoll, assistant director-in-charge of the FBI said.

Kandic was born in Kosovo in 1981 and moved later to Bronx and Brooklyn in the US.

He left the US in 2013 and travelled to Turkey to join Islamic State, ISIS. From there, he recruited individuals from the US, Britain, Australia and elsewhere to travel...