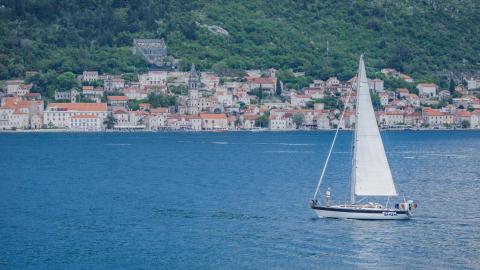 Prime Minister Dritan Abazovic said the country needed to expand its offer, as Russia's international isolation over its invasion of Ukraine would likerly have a negative impact on the summer season.

"It is our obligation to open new markets due to events in Eastern Europe that will negatively affect Montenegro as well, as our country was very popular with Russian and Ukrainian tourists. Abandoning visas [for Saudi Arabia] could be good for our tourism and I believe citizens of the Middle East will be satisfied," Abazovic said.

"Saudi airline Flynas will start direct flights to Montenegro from June 1 and we are expecting tourists from this country," he added.

Tourism accounted for roughly 25 per cent of Montenegro's total economic output in 2019, but in the pandemic year of 2020, tourist visits plummeted by 85 per cent, slashing tourism income to just 3.5 per cent of GDP.

According to government data, tourism accounted for 22 per cent of economic output last year.

On April 20, the Montenegrin Tourist Organization warned that the country could lose 20 per cent of its income from tourism this year due to the Russian invasion of Ukraine, suggesting that the country should try to make up the numbers from both the EU and the Middle East.

According to official data, 21 per cent of overnight stays last year were by Russians, Ukrainians and Belarusans, while visitors from Serbia effectively saved last year's season, racking up 29 per cent of total visits.

Tourists from the Gulf states remain rare. Visitors from the United Arab Emirates accounted for just 0.1 per cent of stays last year and there were no registered tourists from Saudi...