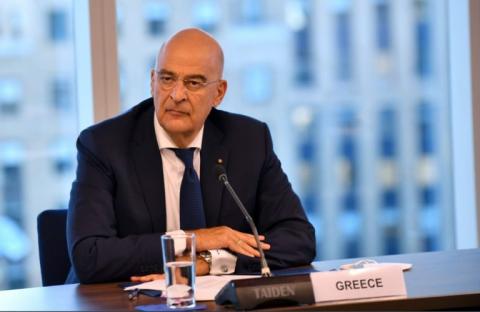 In a nearly 1,700 word letter, dated 25 May, to UN Secretary General Antonio Guterres, Greece's ambassador to the UN, Maria Theofili, fully deconstructs with a host of citations of international law Turkey's contention that Greece does not have the right to maintain defensive arms on a number of its Aegean islands, and that Greek sovereignty over those islands is contingent upon their demilitarisation.

"Greece solemnly calls upon Turkey to stop questioning ‹Greece's sovereignty over its .Aegean islands, in particular through legally baseless and historically false assertions, to abstain from threatening Greece with war in case it extends its territorial waters beyond the present width of 6 n.m., in full contravention of Article 2, paragraph 4 of the UN Charter, and to refrain from illegal activities in violation of Greece's sovereignty and sovereign rights in the Aegean and Eastern Mediterranean. Such practices by Turkey, in addition to betraying adherence to a revisionist mentality totally disconnected from the basic principles governing relations between States, as reflected in the UN Charter, pose a serious threat to peace and stability in the broader region," the letter states in summation.

The letter states that it is a response to Turkey's UN Ambassador Feridun Sinirlioğlu's 30 September letter to Guterres, and it is unclear why it took Athens eight months to build its legal arguments and lay them out before the UN chief.

Previously, the Turkish envoy had made related arguments in a 13 July, 2021 letter to Guterres, which was followed by a 27 July letter from the Greek ambassador.

Though Ankara has for decades challenged Greece's right to arm its islands based on provisions in the Lausanne Treaty, which Greece...