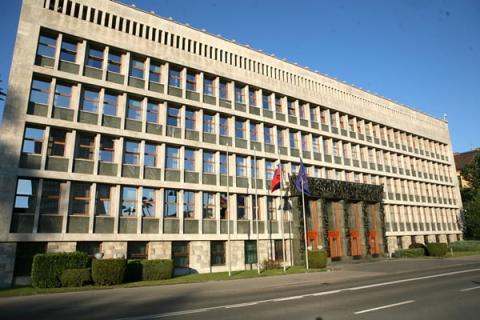 Ljubljana – Parliamentary working bodies were set up at Wednesday’s session and can now start their work despite the fact that the opposition Democrats (SDS) did not nominate their candidates for chairs and vice-chairs in protest over the breakdown of these posts.

The party was initially given six chair posts but now has only five, noted Jelka Godec, head of the SDS deputy faction, during yesterday’s debate.

This is because at Tuesday’s meeting of the college of deputy group leaders, the other opposition party, New Slovenia (NSi), proposed an amendment that would assign the chairmanship of the Commission for the Oversight of Public Finances to them.

In exchange, the NSi gave up three vice-chair posts, a proposal that was endorsed with the support of the three coalition parties.

In line with the college’s decision, the Freedom Movement has been given nine chairs, the SDS five, NSi three, the SocDems two and the Left one.

NSi MP Aleksander Reberšek said that the proposal was a constructive move as it was only fair that the two opposition parties split between themselves the chairmanship of the two commissions that are, in accordance with the rules of procedure, always chaired by the opposition.

The SDS meanwhile disagrees with this, saying that by backing the NSi’s proposal, the coalition has deprived them of one chairmanship.

Before yesterday’s session, the largest opposition party said that as long as the breakdown of these posts was not made according to the number of the MPs parties have, they would not propose their candidates for chairs, vice-chairs and deputy speaker.

Nevertheless, the MPs appointed the chairs in a 60:23 vote. The working bodies whose chairs are supposed to be from the SDS deputy group will provisionally be led by vice-chairs. The first hearings of ministerial candidates are expected to take place before the committees this week, starting on Saturday.

In addition to the Commission for the Oversight of Public Finances, the opposition is also expected to head the Intelligence Oversight Commission, which is the only one not to be formed yet since its work is put on hold for now due to the SDS’s protest move.

Speaker Urška Klakočar Zupančič noted that the breakdown of the working bodies was in line with relevant procedures, and NSi deputy faction head Jožef Horvat highlighted that the line-up of chair and vice-chair posts was endorsed by the collegiate body.

As expected, Uršula Zore Tavčar was reappointed the National Assembly’s secretary general in a unanimous vote. Klakočar Zupančič believes that Zore Tavčar has the necessary skills and the appropriate experience to continue the work she has been doing for the past two terms.