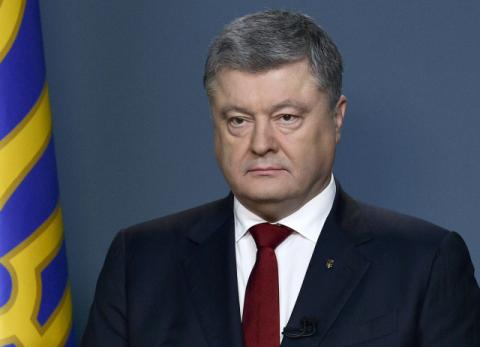 "Bulgaria should close its ports and demand compensation from Gazprom for the suspended Russian gas" - this was called for by the fifth Ukrainian president Petro Poroshenko in an interview with bTV.

The President called on Bulgaria to support Ukraine in gaining EU candidate status at the forthcoming EU Council meeting, as well as to support the decision to adopt a plan for Ukraine's accession to the NATO summit in Madrid in June.

He also demanded the closure of Bulgarian ports for Russian ships. According to him, "every dollar paid to the Russian state will be invested directly in bombs, missiles, in the destruction of Ukraine."

Regarding the compensation from Gazprom, he believes that Bulgaria should file a lawsuit in the arbitration court.

"When I was elected president, Ukraine was painfully dependent on Russian oil, Russian gas and Russian electricity. I am proud to have achieved energy independence in just one year as president. We just stopped buying and it was a very difficult test for Ukraine. However, we went further: on my orders, we filed a lawsuit in the Stockholm Arbitration Court, we filed a lawsuit against Gazprom and the Russian side, and won, and Russia's Gazprom paid Ukraine $4 billion. I urge you to follow our example."

"Ukrainians and the Ukrainian army surprised the world. Remember what Putin said publicly - that in just three days he will pass through Khreshchatyk - Kyiv's main boulevard. This did not happen in three, 33 or three months. Nothing happened. This war, this aggression will only lead to one thing - the end of the Putin regime."

To achieve this goal, he called for three types of...