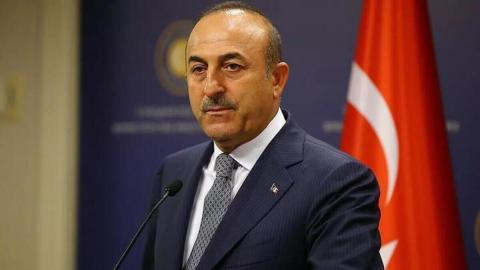 The terrorist attacks from Syria have increased recently, Foreign Minister Mevlüt Çavuşoğlu said, stressing that Turkey will do whatever is necessary in the face of these attacks.

"The terror threat against Turkey has started to increase. Terrorist attacks have been increasing lately. Our hands cannot be tied. We cannot wait for when they will attack us, we have to do what is necessary," Çavuşoğlu told journalists on the plane after he visits Israel and Palestine.

Elaborating on his talks in Israel and Palestine Çavuşoğlu said, "We evaluated all dimensions of the relationships. We evaluated the steps we need to take in the future, especially the issues related to economic cooperation."

Turkey and Israel have decided to hold an economic committee meeting and agreed to start civil aviation negotiations, he said.

"There is potential here in many areas, including energy. It seems that many companies in Israel want to do business with Turkey," the minister said.

"Lapid is a politician who believes in a two-state solution. We also said that Hamas is a reality, an actor, and a political actor both in Palestine and in the Middle East process," the minister said on the issue of Palestine.

Elaborating on the recent tension with Greece, Çavuşoğlu said it was against international law for Greece to cancel the status of the islands conditionally given within the framework of the 1923 Lausanne and 1947 Paris Peace Agreements.

Greece has been arming the islands since 1960, he said and stressed that "the sovereignty debate will begin," if these acts continue.
"We're very...