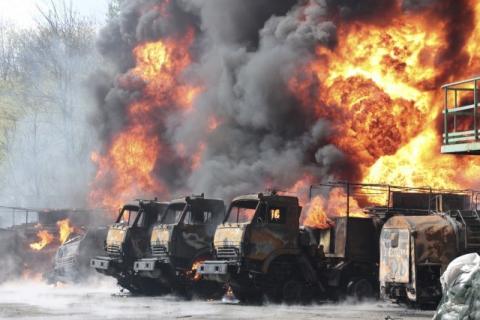 Yesterday, Russian President Vladimir Putin visited the soldiers who were wounded during the special military operation in Ukraine in the military hospital in Moscow. Putin promised that soldiers who risked their lives during the special operation would be rewarded.
Vladimir Zelensky wants to talk directly to Putin - without intermediaries.
Russian forces entered Lysychansk, approaching Severodonetsk, says the Chechen leader.
Moscow has announced the opening of humanitarian corridors for foreign ships.

Ukraine: Attack on more than 40 cities in Donbas, five victims

At least five civilians were killed and 12 wounded in an attack by Russian forces on more than 40 cities in Donbas, the Ukrainian army claims.
"The occupiers shelled more than 40 cities in the Donetsk and Luhansk regions and destroyed or damaged 47 civilian buildings, including 38 houses and one school. Five civilians were killed in the shelling and 12 were wounded," the Ukrainian armed forces said on Facebook.
The statement reads that 10 attacks were repulsed, and that four tanks and four drones were destroyed. It is also claimed that 62 enemy soldiers were killed.

A large number of children killed? Russia has made a decision: Two corridors are being opened

Ministry of Defense of Russia announced that it is opening two maritime humanitarian corridors for the exit of foreign ships from the ports on the Black and Azov Seas. The corridors will be open every day from 8 a.m. to 7 p.m. Moscow time, said the head of the National Center for Defense Management, Mikhail Mizintsev.
He stated that a corridor 80 miles long and three miles wide would be opened in the Black Sea to exit the ports of Kherson, Nikolaev, Chernomorsk, Ochakov,...