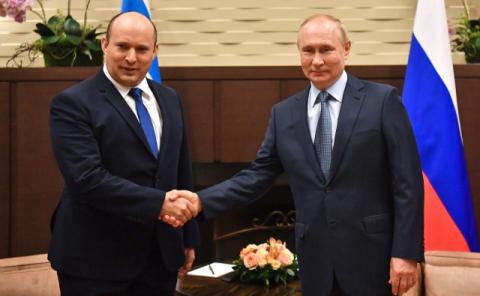 Israel has rejected a US request to allow Berlin to supply Ukraine with anti-tank missiles developed in Israel, US and Israeli officials told Axios.

The missiles, which are made in Germany and would be transferred to Kyiv by the German government, were manufactured using Israeli technology. According to the license, Israel must approve any transfer of missiles to a third country.

Since the start of the Russo-Ukrainian war, Israel has gradually taken a more pro-Ukrainian stance under pressure from the United States, trying to balance between upsetting governments in both Washington and Moscow. However, Israel has not yet sent Ukraine modern weapons for its hostilities, as many EU member states have done.

When Foreign Minister Lapid condemned the Bucha massacre in Ukraine in early April - a massacre allegedly carried out by Russian soldiers and therefore a war crime - Finance Minister Avigdor Lieberman tried to soften the position of Israel, so as not to anger the Russian government.

"We all condemn war crimes," Lieberman told Army Radio in response to a question about the Bucha massacre. "There are mutual accusations here: Ukraine blames Russia and Russia blames Ukraine ..." Instead of condemning one country, he said: "We need to understand that there is a bloody war there, and we need to maintain Israel's moral position and at the same time protect our interests ".

Earlier this month, Estonian Foreign Minister Eva-Maria Liimets said Israel had not banned the Baltic state from providing Israeli weapons to Ukraine, contrary to reports in some media outlets.