‘Obi-Wan Kenobi’: A guide to the new ‘Star Wars’ series 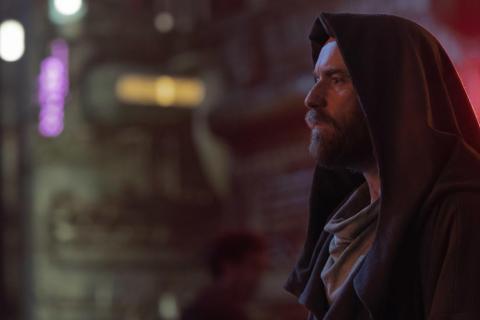 "Obi-Wan Kenobi" is a name casual "Star Wars" fans haven't heard in a long time. The Jedi master gets his own moment in the suns with a new six-part Disney+ series starring Ewan McGregor.

It's set halfway between George Lucas' two trilogies: 10 years after "Episode III: Revenge of the Sith," which marked McGregor's last appearance as the character, and nine years before the late Alec Guinness made his hooded, howling entrance as Ben Kenobi in "Episode IV: A New Hope."

McGregor said he always kept the venerated Guinness in mind during production. He listened to Guinness' dialogue on a sound file in his dressing room and took more time after scenes were filmed "just to do a little extra Alec Guinness-y take - just to make sure.

"It's got to feel like him. I studied him in that movie," the 51-year-old actor said. "I've always got to be somebody who ends up becoming Alec Guinness at the end of the day."

A Kenobi project featuring McGregor has been in development for years, originally as a film with Stephen Daldry attached to direct. That was tossed in the scrap heap after the relatively meager box office returns of 2018's "Solo: A Star Wars Story." With the launch of Disney+ the next year, Lucasfilm pinned its hopes on a streaming series. (Kenobi was also featured in the animated series "The Clone Wars," which ran for seven seasons and is now on Disney+.)

As with the hit "The Mandalorian," also filmed there, producers have kept most details cloaked in secrecy. But here's what to look for as the first two episodes premiere today:<...