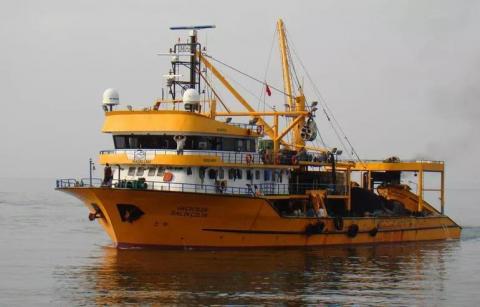 Some 12 Turkish fishermen, who sailed from Istanbul to Crimea to fish turbots, have been detained by the Russian Navy, the daily Milliyet has reported.

"Fishermen in two boats went to Crimea and caught around 1,500 turbots in a week and were nabbed on May 18 during their voyage back to Turkey," the daily wrote on May 27.

According to the report, the fishermen were stopped some 50 sea miles off Crimea by Russian navy vessels.

Accusing the fishermen of poaching, Russian forces took the boats and the fishermen to Sevastopol, the largest city in Crimea and a major port on the Black Sea.

The daily highlighted that relatives of the detainees contacted the Turkish Foreign Ministry and that talks between the two capitals, Ankara and Moscow, are ongoing.