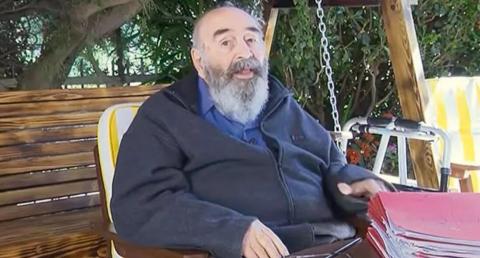 Speaking at a TV interview, two former hitmen of the Greek Cypriot terror organization EOKA have confessed to killing some 68 Turks and "throwing them into a pit" in the 1960s.

"We killed 10 Turks for each lost Greek Cypriot," Neoptolemos Leftis and Athos Petridis, who are in their 80s today, told the Omega TV on May 26.

The Ethniki Organosis Kyprion Agoniston (EOKA) was a Greek Cypriot nationalist paramilitary organization formed in 1954 to fight a campaign for eventual union with Greece.

The two former militants said they took place in a group of 500 people led by EOKA leader Nikos Sampson in 1964.

"Two Greek servicemen and a Greek Cypriot policeman, who tried to find the location of Turks in Famagusta, were killed," Leftis said. "An order came, and we were told to kill 10 Turks for each Greek Cypriot killed."

Admitting that he was personally involved with the killing of some 68 Turks in years after 1964, Leftis noted, "Even today they ask me the graveyards of these Turks. How will you find it? So many years have passed."

The other former militant, Pedridis, was the one who told about the killings in detail.

"We were patrolling the streets outside the Eylence village and checking vehicles," he said. "Turks used to travel with big cars or buses. We used to stop the vehicles and take Turks out."

Expressing that they were taking Turks' money first, Petridis added, "We shot and stabbed them. Then we threw them into holes."

According to Petridis, Makarios III, a Greek Cypriot clergyman who served as the first president of Greek Cypriots, "became so happy when he heard what Petridis and his friends did [to Turks]."

When asked about the TV confessions, Turkish Cypriot President Ersin Tatar said the...