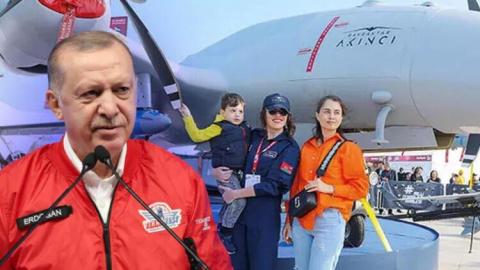 Turkish president Recep Tattip Erdoğan on May 28 stressed Turkey and Azerbaijan's "strategic alliance" as cemented by last year's declaration in the wake of Azerbaijan's victory in a regional war with Armenia.

"We first elevated our relationship with Azerbaijan to a strategic partnership, and last year to a strategic alliance with the Shusha Declaration," Erdoğan said, addressing an aviation festival Teknofest, now held abroad for the first time, in the Azerbaijani capital Baku.

Erdoğan said: "We are organizing Teknofest, the world's most popular aviation, space and technology festival, in Baku, the pearl of the Caspian, with the slogan of one nation, two states, one festival."

Just like Turkey itself, Azerbaijan is also our homeland, the Turkish leader added.

Bulgaria: What is the Price of Natural Gas for June

Natural Gas in Bulgaria will be Cheaper this Month

Azerbaijani Foreign Minister: We will Supply Gas to Bulgaria for 25 years

Erdogan is not optimistic: An important conversation scheduled for today