Day 97 of the Invasion of Ukraine: US denies Kyiv Long-Range Missiles, EU with Compromise Oil Embargo 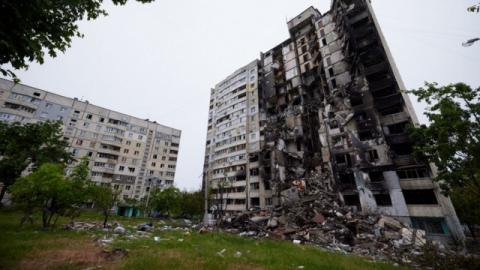 The United States has denied Ukraine long-range missiles, the EU with a compromise oil embargo, the Netherlands is running out of gas. Here are the highlights of events related to the war in Ukraine over the past 24 hours:

Russian forces are moving closer to the center of the eastern Ukrainian city of Sievierodonetsk, which has been bombed for weeks in the battle for Ukraine's industrial center. "The Russians are advancing in Sievierodonetsk. The fighting continues. The situation is very difficult," Luhansk Governor Sergei Gaidai said on Telegram. Sievierodonetsk is the easternmost city still under Ukrainian control. Its takeover will give Russia de facto control of Luhansk, one of the two eastern regions that make up the desired Donbas.

EU leaders gathered in Brussels in hopes of persuading Hungarian Prime Minister Viktor Orban to accept the revised oil embargo on Russia as part of the sixth package of sanctions against Moscow, which Budapest vetoed. Hungary, which imports 65 percent of Russia's oil consumption through the Druzhba pipeline, has demanded an exemption from the import ban. EU members have proposed removing the Druzhba gas pipeline from the embargo "for now" and imposing sanctions only on oil delivered to the EU by tanker. Orban described it as a "good solution", but is looking for additional guarantees for his country's energy supplies.

A 32-year-old French television journalist was killed while covering the evacuation of civilians near Sievierodonetsk for the BFM news channel. Frederic Leclerc-Imhoff is the eighth journalist...