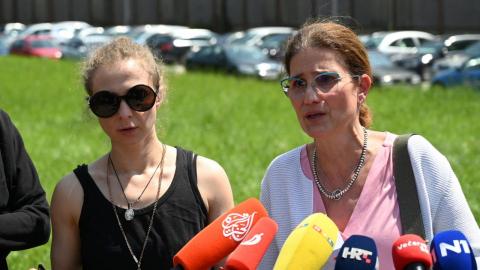 Croatia should not extradite the Pussy Riot supporter and activist Aysoltan Niyazova to Turkmenistan and should release her from detention, Amnesty International urged.

Amnesty Deputy Director for Europe Julia Hall said on Wednesday that international law requires Croatia not to return or extradite any person to a country where they would face a risk of serious human rights violations.

"The authorities in Zagreb must refuse Turkmenistan's request for Aysoltan Niyazov's extradition and immediately release her from detention," Hall said in press release.

Our friend & activist was arrested and is now in Zagreb prison. Croatian officials are texting Turkmenstan about her extradition as if it's an everyday moment - send someone to execution in one of the most terrible dictatorships closest friends of Putin @AndrejPlenkovic is it ok? pic.twitter.com/dkHjKYEARG

Niyazov, a national of both Russia and Turkmenistan, was arrested in Croatia on Monday after arriving from Slovenia with members of the group for a concert, and a court ordered 30 days of custody.

She was arrested based on Interpol red notice issued by Turkmenistan in 2002, allegedly for embezzlement of funds belonging to the country's central bank. She denies these allegations.

Her lawyer, Lina Budak, told the media on Wednesday: "There is no reason for her to be arrested, she is a free citizen and it is a matter of political persecution."

"Her father was arrested as a political opponent a long time ago, he was killed in prison; after that a chase started against my client, she was convicted, in Russia, she spent six years in prison there, and she should be free," Budak said, Jutarnji...