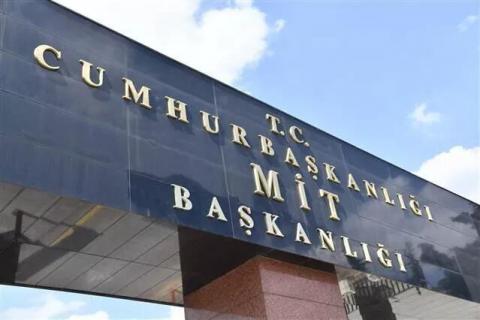 "Mehmet Doğan, codenamed 'Dılhaz Gabar,' was neutralized in an operation conducted by MİT in the Cemcemal neighborhood of Sulaymaniyah," the agency reported on June 2.

Doğan, who is said to have joined the PKK in 1996, was alleged to be the ringleader responsible for the terrorist organization's activities in the province of Kirkuk.

"Many security analysts see MİT as one of the leading intelligence organizations worldwide for its surgical strikes," the agency reported.

Separately, Turkish Defense Ministry, on June 2, announced that 16 PKK terrorists were neutralized in the locations of Operation Peace Spring and Operation Claw-Lock.

Operation Peace Spring was carried out in Aleppo, Hasakah and Raqqa governorates in Syria in late 2019.

According to a statement, some 11 terrorists were killed in northern Syria.

The statement added that five terrorists were 'neutralized' in northern Iraq.