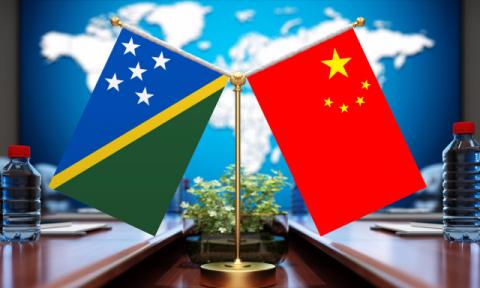 Although China claimed that they have no intention of building a military base in Honiara however a secret leaked document depicts the contrary picture as it exposes China of its intentions to solidify its military presence in the Solomon Islands.

Recently, a secret document was leaked which comes after the Chinese Foreign Affairs Minister Wang Yi visited eight countries in the South Pacific, starting with the Solomon Islands, Taipei Times reported. The Chinese Foreign Minister said that the purpose of the agreement between the two countries was to help the Solomon Islands upgrade its police force's law enforcement capabilities.

However, the issue still raises concerns in Australia, as well as in Europe and the Americas.

Soloman Islands is not the first target of China's plan. Earlier, in 2017, China established its first overseas base in the East African nation of Djibouti and conducted regular military training exchanges with its two key security partners, Russia and Pakistan, Taipei Times reported.

For the past few years, China has been training the law enforcement of developing countries in Africa, Central, and South America, and Southeast Asia in the name of "public security and police exchanges," and providing them with hardware and software support at little to no cost.

In 2011, it set up the China, Laos, Myanmar, and Thailand Mekong River Joint Patrol Law Enforcement Joint Headquarters in China's Yunnan Province, and the four countries have conducted at least 117 joint patrols.