Macron vetoed them, now he has a proposal "when the time comes" 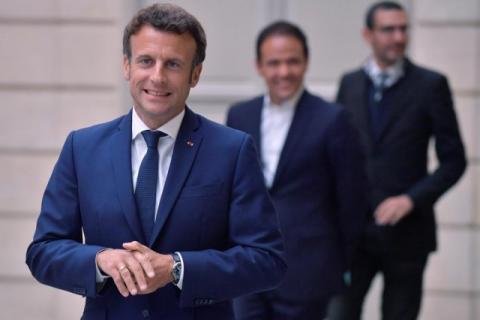 That agreement would enable the opening of negotiations for Skopje's accession to the European Union.
However, as he said, that will happen "when the time comes".
France, which holds the rotating EU presidency until July 1, has been seeking a solution to the dispute between the two countries for several weeks, the lyse Palace said last night after Macron's telephone conversations with Bulgarian President Rumen Radev and North Macedonian Prime Minister Dimitar Kovachevski.
During those talks, Macron expressed "full support for the agreement between the two countries, which would contribute to good neighborly relations and strengthen the European perspective of North Macedonia," the French presidency said.
Bulgaria blocked North Macedonia's accession to the EU in November 2020 due to language and history disputes. Before the Bulgarian blockade, North Macedonia was faced for years with the veto of Greece, which rejected its name Macedonia, because that is also the name of its province in the north, considering it as an usurpation of its historical heritage.
Athens lifted the veto only in 2018, when the "North" was added to the name of the country of Macedonia.
From the end of February to the beginning of March this year, Ukraine, Georgia and Moldova successively submitted their applications for EU membership, after the beginning of the Russian offensive in Ukraine.
Anticipating a long process of integration of the candidate countries, on May 9, Macron proposed the accelerated accession of Ukraine to the EU through the creation of a European political community. Five countries are currently officially candidates for EU membership - North Macedonia, Montenegro, Serbia, Albania and Turkey.
In 2019, Macron, along with two...