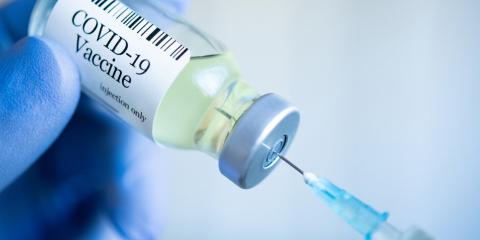 Brussels/Ljubljana – Ten EU member states, including Slovenia, have called on the European Commission to amend contracts for the supply of Covid vaccines to reduce the number of doses ordered. They warn about the issue of vaccine surpluses and the need for a better management of public funds.

Ten EU countries from Eastern Europe have urged Commission to carry out a review of the terms of contracts for the supply of vaccines against the coronavirus, highlighting oversupply of vaccine doses, the threat of shots starting to expire and the protection of public funds in a letter that has been obtained by the STA.

Contracts with vaccine manufacturers should be terminated if they are “no longer medically and epidemiologically necessary”, they said in the letter sent last Friday to European Commissioner for Health Stella Kyriakides. Alongside Slovenia, the letter was signed by Bulgaria, Estonia, Croatia, Latvia, Lithuania, Hungary, Poland, Romania and Slovakia.

There should be an option to reduce the number of vaccine doses ordered to better reflect the demand for vaccines as the pandemic is in retreat, reads the letter, signed on behalf of Slovenia by new Health Minister Danijel Bešič Loredan.

Failure to act, they argue, will lead to financial mismanagement in Europe and mistrust among EU citizens.

In late March, EU health ministers, including Slovenia’s former Health Minister Janez Poklukar, called for the vaccination strategy to be adapted to the pandemic situation. At the time, countries already warned of the problem of vaccine surpluses and the need to change both the supplies regime and the contracts with suppliers.