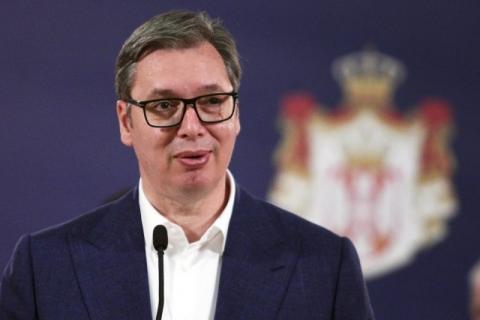 A two-day summit of the regional initiative Open Balkans begins today in Ohrid, to be attended by Serbian President Aleksandar Vucic, Prime Ministers of North Macedonia and Albania Dimitar Kovacevski and Edi Rama, as well as officials from Montenegro and Bosnia-Herzegovina.
During the summit, Vui will meet with the Prime Minister of North Macedonia Dimitar Kovaevski and the Prime Minister of Albania Edi Rama, while separate meetings are planned with the Prime Minister of Montenegro Dritan Abazovi, as well as the Chairman of the Council of Ministers of Bosnia and Herzegovina Zoran Tegeltija, Office for Media relations of the President of the Republic announced.
Serbian President will attend the plenary sessions of the summit in the field of tourism and culture, as well as the signing of the agreement on cooperation in the field of education, the memorandum of understanding and cooperation between tax administrations and the memorandum of understanding in the field of tourism and culture.
As announced, several agreements and memoranda on cooperation in the field of higher education, tourism, culture and tax services will be signed at the summit.
Montenegrin Prime Minister Dritan Abazovic, who supported the Open Balkans initiative, will be a guest of the summit and will attend, as he announced, in the role of an observer. The chairman of the Council of Ministers of Bosnia-Herzegovina, Zoran Tegeltija, will also be in the role of a guest at the summit.
The summit will begin at around 6 p.m., at the Metropol Hotel in Ohrid, with a meeting of the leaders of the Open Balkan countries with the ministers of agriculture.
A working dinner of the leaders of the Open Balkans will follow.
In addition to Serbian President Vui, Prime...