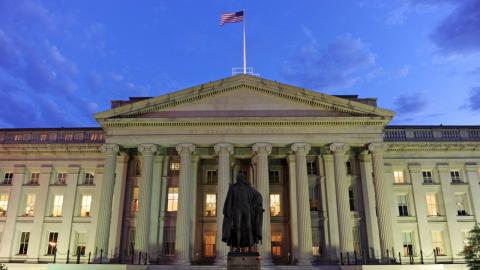 The president of Bosnia and Herzegovina's Bosniak- and Croat-dominated Federation entity, Marinko Cavara, rejected allegations against him on Tuesday, one day after he and a minister from the Serb-dominated Republika Srpska entity were sanctioned by the US Treasury Department.

The two men were accused by the US Treasury Department of "threatening the stability of the region by undermining the Dayton Peace Accords [which ended the Bosnian war] and democratic processes or institutions".

"I completely reject all the accusations as untrue and tendentious," Cavara, a prominent member of the Croatian Democratic Union, HDZ party, said in a statement.

He added that he was caught by surprise by the sanctions and said that in his political activities he "fully worked for the implementation of the constitution, laws and the Dayton and Washington peace agreements".

Cavara was sanctioned for refusing, since 2019, to nominate judges to fill vacancies at the Constitutional Court of the Federation, which is not functioning as a result.

As well as Cavara, the updated US sanctions list also includes Alen Seranic, mnister of health and social protection in Republika Srpska, for his support for the adoption of the entity's Law on Medicines, which is disrupting the authority of the state-level Agency for Medicinal Products and Medical Devices.

Seranic said in a statement on Monday that his job is "to implement the policies of the Republika Srpska government" as part of the entity's governing team.