Vučić announced: "We are signing today" 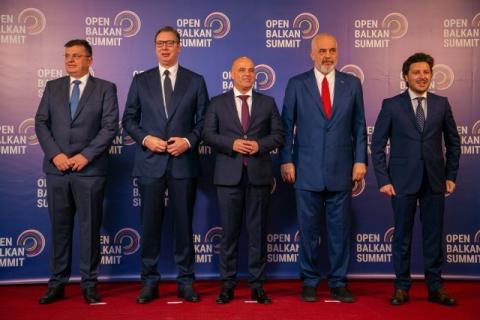 At the beginning, Macedonian Prime Minister Dimitar Kovacevski addressed the audience, greeting all participants gathered, as citizens of the Western Balkans.
"Welcome to Ohrid. It is a time of great challenges, a time of togetherness. The benefit of the Open Balkans is mutual assistance between countries. We understand each other, we help each other, we have a common goal, to move forward together. We are here for a better standard of all Western Balkans. We are taking big steps forward," Kovacevski said.

Regional initiative aimed at increasing cooperation between the three countries

The Open Balkans is a regional initiative established by Albania, North Macedonia and Serbia, with the aim of increasing economic and other co-operation between the three countries, as well as improving mutual relations.

On October 10, 2019, Vui, Rama and former Macedonian Prime Minister Zoran Zaev started an initiative that was informally called "Mini-Schengen", and which was supported by the EU and the USA.

The goal of the initiative, as President Vui said at the time, is to make life easier for citizens and improve living standards.

After him, the gathered were addressed by the President of Serbia, Aleksandar Vui.
As he pointed out, the Prime Minister of Macedonia wrote this speech beautifully.
"This is our initiative, people from the Balkans, those who have to connect and solve their own problems. Everything we have done in the economy and what is important for our citizens is something that can be seen in the relations between Serbia, North Macedonia and Albania. We almost have no bilateral problems, we have no demands except to be friends and work in the interest of our citizens,"...