Bulgaria: The Fugitive Plane was Abandoned at Targovishte Airport, the Case gets more Confusing 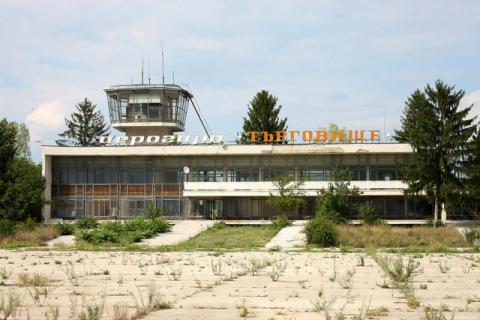 The small twin-engine Beechcraft plane, which flew undisturbed from Hungary through the airspace of Serbia and Romania to Bulgaria, landed on the unused runway of Targovishte airport near the village of Buhovtsi between Targovishte and Shumen, OFFNews reported. The airport is civil but has not accepted airplanes for decades, and during the summer season, local Roma herbalists hire it to dry linden blossoms and herbs.

The Targovishte District Prosecutor's Office is leading actions to clarify the details of a case of an open two-seater plane abandoned at an old airport in the village of Buhovtsi, said Ivana Mileva, spokeswoman for the Varna Appellate Prosecutor's Office.

The text on which the pre-trial proceedings in Targovishte were initiated is impressive. It is under Art. 341b of the Penal Code - "who illegally seizes an aircraft on land or in flight, or a ship located in the sea or in the inland waterways of the Republic of Bulgaria or on the high seas, or on a stationary platform located on the continental shelf, or establish control over such funds, shall be punishable by up to ten years 'imprisonment.'

An inspection is to be carried out, as well as data collection on the movement of the aircraft on an international route is forthcoming, adds the Appellate Prosecutor's Office in Varna

The plane was found on Thursday while searching for possible landing sites in Targovishte region in connection with a case announced by the Ministry of Defense of the Republic of Bulgaria, in which on June 8, 2022, a small plane entered the airspace of our country. According to the data available so far, the plane took off from Hungary and flew through Serbia and Romania without an approved flight plan.