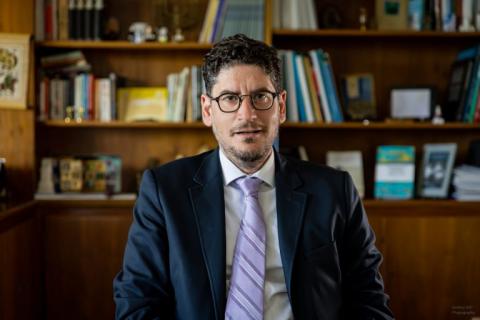 When 44-year-old Leon Saltiel was growing up in the northern port city of Thessaloniki, Greece's second largest, the Jewish community, which once constituted the majority group, remained introverted and did not talk about their Jewishness, even 40 years after the city's Jews were deported and 95 percent of them were exterminated in Auschwitz.

Much of the city's Sephardic community, including the Saltiels, traced their roots to the 1492 expulsion from Spain of the Jews who had not converted to Catholicism, under the Alhambra Decree, issued by King Ferdinand and Queen Isabella.

Yet, there was a Jewish presence in Thessaloniki even in antiquity, and the Apostle Paul preached in its synagogue in an effort to convert them to Christianity before being expelled.

Indeed, the first two of his many Epistles were addressed to The Thessalonians.

In its centuries-long history in the city, the Jewish community had a major impact on its social, political, economic, and cultural life.

During the Nazi occupation, however, the city's authorities and institutions - municipal, civil, and religious - either remained completely indifferent or in many instances collaborated with the Nazis' mass deportation of the Jews, as Dr. Saltiel documents in his book, "The Holocaust in Thessaloniki: Reactions to the Anti-Jewish Persecution, 1942-1943" (Routledge Editions, 2021), which received acclaim by top professors of history, from Yale's Timothy Snyder to Princeton's Alexander Nehamas (a member of the Academy of Athens) and Columbia's Mark Mazower.

It was only in the last two or three decades that the history and plight of Greece's Jews was slowly introduced into public discourse.

One of the most poignant televised and print...

As economy recovers, taxes on wages go up