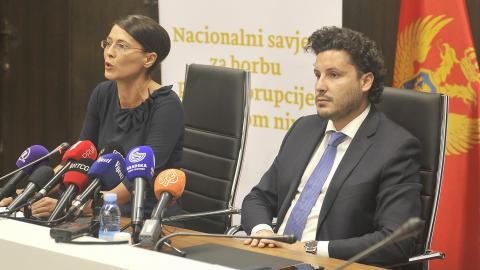 "Poor legal amendments can lead to a lack of expected results in practice and to the failure of the proceedings that are initiated. In that case, they will also cause additional costs to the state budget," Podgorica-based lawyer Veselin Radulovic told media.

Radulovic argued that state institutions will not have the capacity to implement the law.

Deputy Prime Minister Dritan Abazovic presented the new legislation last October as an "anti-mafia law" that will improve the country's fight against organised crime and corruption.

But the head of the prominent watchdog NGO MANS, Vanja Calovic Markovic, warned that amendments to the law should specify strict procedures so they can be effective in the fight against organised crime and corruption.

"In the amendments to the law, the government no longer mentions the criminalisation of illegal enrichment, even though they promised it will be one of this law's priorities. As a criminal offence, illegal enrichment means that officials who cannot explain the origin of their property can therefore go to prison, and not just have their property confiscated," Calovic Markovic told the daily newspaper Pobjeda.

"When it comes to fighting against corruption, political will is best shown by example," she added.

During a public hearing in December, the prosecution and watchdog organisations criticized the government's proposed amendments to the draft law.

They suggested that the illegal enrichment of public officials should be criminalised, and warned that the proposed deadlines for conducting investigations...