Week in Review: The Search for Normality 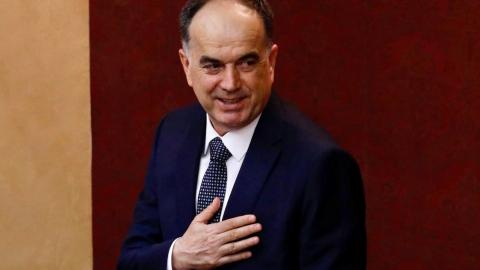 The ruling Socialists of Prime Minister Edi Rama are certainly pitching the new president, a former army chief of staff, as a return to normality. Yet the opposition is crying foul, arguing that Begaj will be nothing more than Rama's extended arm. We take a look at the man behind the name.

Few political parties in the Balkans can boast of having had such a steady and consistent rise in political power and importance as North Macedonia's Democratic Union for Integration. Formed by former leaders of the country's ethnic Albanian armed insurgency back in 2001, the party sheepishly entered into government in 2002.

Since then, it has gone from strength to strength. Thanks to the fact that is has been able ever more to position itself as kingmaker in North Macedonia's finely balanced politics, it has accrued ever more ministries and power. We take a look at this unlikely rise and where DUI might be heading.

Slovenian citizens protest against Government and Prime Minister Janez Jansa outside Government building in Ljubljana, Slovenia, 28 May 2021. More than 40.000...