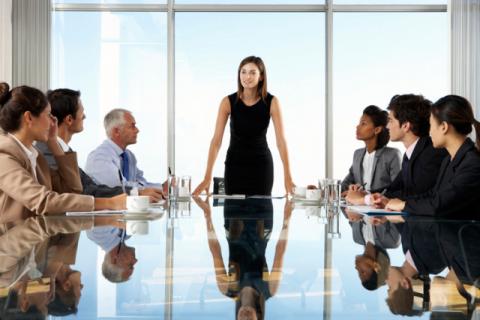 The European Union has agreed to introduce gender equality quotas to ensure that women hold at least 40% of the seats on the boards of large companies.

After a decade of stagnation on the issue, the proposal received a new impetus this year with new support from Germany and France, and a political agreement was finally reached between the European Parliament and the Council of the EU on Tuesday.

Legislation requires listed companies in all 27 EU Member States to hold at least 40% of non-executive board positions or 33% of all board directorships by mid-2026.

Companies can be fined for not hiring enough women on their boards, and director appointments can be revoked for non-compliance.

"Diversity is not just a matter of justice. It is also a driver of growth and innovation. The business arguments in favor of more women in management positions are clear," said European Commission President Ursula von der Leyen. "There are enough highly qualified women who are suitable for senior positions: they must be able to hold them."

Last year, European data showed that women held 30.6% of board positions in the bloc as a whole, but this share varied considerably from country to country: in Cyprus, 8.5% were women on boards and more than 45% in France. .

France first introduced legal targets for women's participation in boards in 2011. Its own quota of 40 percent was introduced in 2017. Today, it is the only EU country to exceed that figure, according to the European Institute for Gender Equality. (EIGE).

Italy, the Netherlands, Sweden, Belgium and Germany are the next best in the class with between 36 and 38.8 percent of women on boards. Hungary, Estonia and Cyprus are...