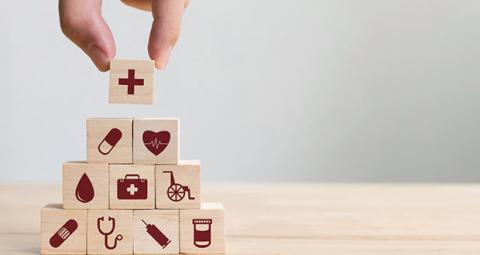 Golnik – The Golnik Clinic of Respiratory and Allergic Diseases is one of Slovenia’s main lung cancer treatment facilities, diagnosing about 40% of some 1,500 new cases of the disease that get detected in the country every year. Its register of patients shows encouraging progress in treatment in the past decade.

Presenting its register of lung cancer patients earlier this week, Golnik officials noted that innovations in treatment improve the chances of survival. The records show 60-70% of the patients who get their lung cancer discovered at an early stage are still alive five years on.

This is why early detection is so important. According to Aleš Rozman, the clinic’s acting director, foreign studies have shown early screening programmes reduce lung cancer mortality by more than 20%. In this way cancer is identified early on when the disease is still curable.

“We’re therefore very keen to implement such a programme in Slovenia as well,” said Rozman, expressing the hope that screening for lung cancer could be introduced in Slovenia in a few years.

A good method to detect the early onset of the disease is a positron emission tomography scan (PET-CT) but the problem in Slovenia is that it can take up to two months to get one, which Rozman says is much too long for potentially curable patients, so they are often referred to Croatia for this type of test.

Urška Janžič, a specialist in internal oncology, noted that despite great advances made in the past ten years “mortality remains rather high. Every year some 1,200 patients die from the disease and we still have great potential for improvement there,” she said.

In its register of lung cancer patients the Golnik clinic monitored some 6,300 patients between 2010 and 2020. Men still prevail among them, but the share of women patients is increasing too. As many as 85% of the patients are smokers or ex-smokers. They get diagnosed at average age of 67.

Nearly half the patients had had difficulties within one to three months before being diagnosed with cancer. About 15% had no symptoms and they were diagnosed by coincidence. It is those patients who have the best chance of survival provided early diagnosis and referral to treatment.

Data shows that more than half of the cases are detected at the advanced metastatic stage, when the disease is no longer curable. “Fortunately, this percentage has been somewhat decreasing so that we can cure more patients,” Janžič said.

There has been tremendous progress in treatment in the past decade with new techniques and many new medications available now. “The real revolution was immunotherapy, which can cure some people or make them well for a long time,” she said. It has doubled the average survival rate, and patients can go on living normally.

“However, there is probably still huge potential for improvement and we will try to realise it,” said Janžič. During the Covid-19 pandemic, diagnostics slowed down; 5% fewer patients were detected in 2020 and 22% fewer in 2021 compared with 2019. It is also true, though, that more asymptomatic patients were detected at an early stage of the disease.