More neighborhoods to be closed to foreigners, says minister 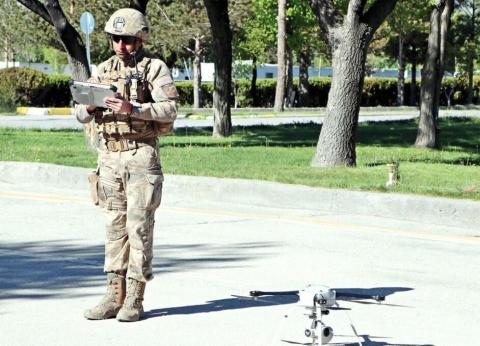 More neighborhoods in provinces across Turkey will be closed to foreigners due to a quota to be introduced starting next month, Interior Minister Süleyman Soylu has announced.

Some 781 locations where the population of foreigners exceeded 25 percent of the local population have already been banned for foreigners, Soylu added.

"Starting July 1, this quota will be 20 percent, and the number of neighborhoods to be closed to foreigners will increase to 1,200," the minister told reporters at a briefing at the Directorate General of Migration Management in Ankara on June 11. He explained that this is a measure designed to prevent the foreign population from concentrating in certain locations.

Turkey has a strategy to manage migration and fight irregular migration, Soylu said, adding that the deportation rate increased from 11 percent last year to 53 percent.

Some 2.6 million people have been prevented from illegally entering Turkey from the country's borders, while 1.3 million irregular migrants have been caught inside the country and 335,000 of them have been deported, the minister noted.

"Around 101,000 of those captured applied for international protection and 667,000 went to Europe in the past six years. A total of 506,000 Syrians voluntarily returned to their country."

According to the minister, the country will put a "camp system" into force once again for newcomers.

"There are 3.6 million registered Syrians in the country. Recently, we have a lot of Syrians coming from Damascus," the minister said. "We will gather all newcomers in camps in [the southern province of] Hatay. We will detect all of them and send them back afterward."