Albanian PM: There will be No EU Membership Talks soon and Bulgaria is to Blame 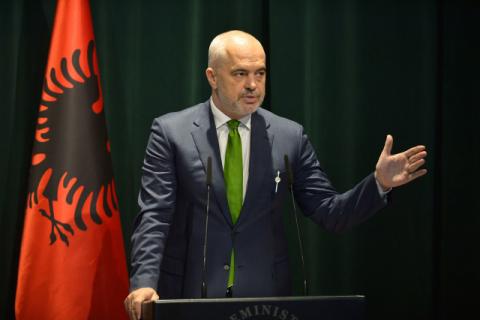 Albanian Prime Minister Edi Rama has said he does not expect next week's EU summit to pave the way for his country to start EU membership talks, blaming Bulgaria, Politico reported today.

All EU governments agreed as early as March 2020 to give the green light to Albania and North Macedonia to start membership talks. However, negotiations have not yet begun, as Bulgaria is pushing for concessions from North Macedonia in a dispute between the two countries over language, history and identity.

Although the blockade imposed by Sofia at the start of negotiations only applies to North Macedonia, the EU prefers to consider Albania and North Macedonia's membership bids together, so Tirana is effectively blocked as well.

The difficulties of the countries of the Western Balkans are a timely warning of the vicissitudes of the EU accession process for Ukraine, which in the midst of the war with Russia is pushing to become a candidate for EU membership at next week's summit. The EU granted this status to North Macedonia in 2005 and Albania in 2014, but negotiations with both countries have not yet begun.

German Chancellor Olaf Scholz visited Bulgaria last week in a bid to break the blockade of Sofia ahead of the upcoming summit in Brussels on Thursday and Friday.

In an interview with Politico, Rama said he was pessimistic.

"I have no expectations. I don't think anything will happen. Albania and North Macedonia will not formally start accession talks," he said in Tirana.

Asked if any of the EU leaders had given a signal that the talks could start soon, Rama replied: "What signals can they give? It's not about them. It's about Bulgaria again. They all agree, everyone supports, everyone think this...