Nikola Jokic to play for Serbia at EuroBasket! 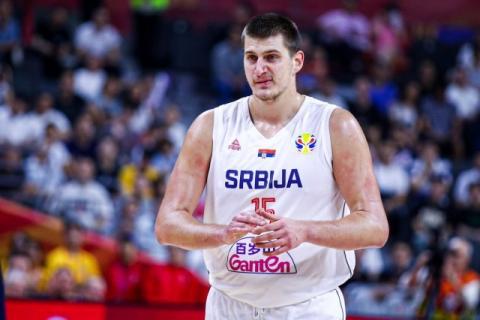 Center Denver Nuggets Nikola Jokic will be able to play for the Serbian national team at the European Championship 2022, as Serbian NBA star confirmed this to coach Svetislav Pesic. So, Jokic will play in the August "window" and at the European Championship, but he will not play in the June "window" due to NBA league rules that limit how much time a basketball player can spend with the team. In this particular case, it is 28 days before the start of EuroBasket.
"We regularly talk to all candidates, we follow their games as well as different situations in which they are at the end of a very demanding club season. The situation is especially complex regarding the first two matches that await us, against Latvia and Belgium, and that is why it is very important to show understanding and patience. What is certain is that NBA players have a limit on the maximum number of days they can spend with a national team during summer. The window for the qualifications in August was confirmed by Nikola Jokic, who will join Serbian national team the first day when the NBA rules allow it", said the director of the Serbian men's national team, Dragan Tarlac.
The first obligations of the Serbian national team start during June and July. First, as part of the qualifications for the World Cup, our team will play against Latvia in Riga on June 30, and on July 3, in Nis, Serbian national team will meet national team of Belgium.
At the end of August, a new round of qualifications for the World Cup in the newly formed group will follow, where teams from Great Britain, Greece and Turkey will join Belgium, Latvia and Serbia. After that, the European Championship is on the program from September 1 to 18, 2022.