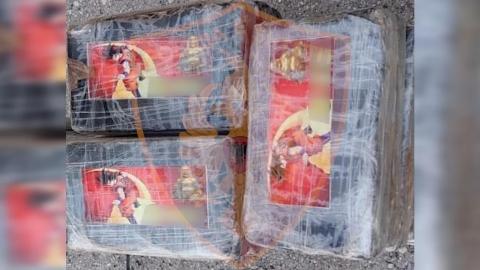 Albanian police on Wednesday seized 45.5 kg of cocaine found in a container in the Port of Durres during a police operation codenamed "Transit".

The company's administrator and a customs agent contracted by the company were detained on charges of trafficking in narcotics.

One of the arrested, which the police referred to with the initials E.V. is later confirmed Egert Vargu, the ruling Socialist Party councilor in the Municipality of Tirana acting as a customs agent contracted by the company.

The other detainee was  "A. F., 30, resident in Prishtina, an acting administrator in the company that ordered a shipment of chicken meat in Brazil", the police said.

Vargu is not the only ruling Socialists that faces charges for drug dealings. Last week, Agim Kajmaku, a former mayor for the Socialists in the town of Vore, was arrested in Italy also on drug charges.

Police have found large quantities of cocaine several times recently at the Port of Durrës. Last year, they found cocaine in the containers of a company called Alba Exotic Fruit that was transporting bananas to Europe. The total weight of the drugs seized in five operations by the police was 43 kilograms.

Police informed the media that one of the shareholders of Alba Exotic Fruit, Barjon Gumeni, had been arrested while the other shareholder, Eduard Dauti, was arrested earlier this year.

Earlier, even larger quantities of drugs were seized in the port. On June 18, 2021, about 300 kg of suspected cocaine was found inside a truck coming from Northern Macedonia.

In 2018, police found more than 613 kg of heroin hidden in a banana container from Colombia. The drugs were transited through Malta and Italy before arriving at their destination.