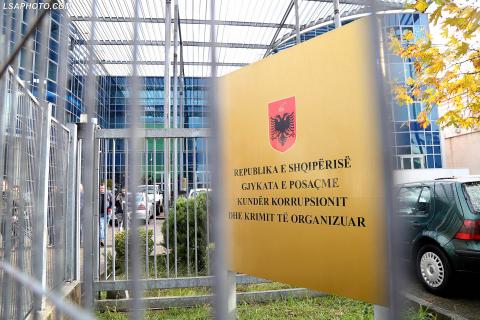 Prosecutors Doloreza Musabelliu, Altin Dumani and Behar Dibra underlined "the importance of the statements given by those two citizens and the fact that we are in the preliminary intensive investigation phase, and many investigative acts are being carried out," as the reason for the gagging order.

"The statements of these citizens have proven value and are extremely important for the investigation. Due to this importance, and the need to have these statements covered by secrecy, it is necessary to order the protection of secrecy up to the conclusion of the preliminary investigations," the prosecutors said.

Over the last few weeks, Albanian media have published dozens of news items about the statements of the two collaborators concerning several criminals suspected of murders and other crimes.

Later on Thursday, the Prosecution Against Corruption and Organized Crime, SPAK, clarified that the order was issued to the journalist E.Q, as he published "some secret data, which went beyond the court decision."

"We clarify that the Special Prosecution against Corruption and Organized Crime has addressed this order to only one journalist and for the specific reason mentioned above," SPAK said in a public statement.

Albania's penal code foresees jail sentences of up to three years for the publication of secret information by third parties, such as journalists. It also foresees jail...