Majka wins stage 4 of Tour of Slovenia, Pogačar in the lead overall 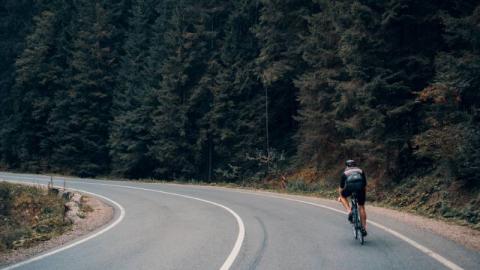 Kamnik/Laško – Slovenian cycling superstar Tadej Pogačar (UAE Team Emirates) finished the fourth stage of the Tour of Slovenia second on Saturday, leaving the victory to his teammate Polish rider Rafal Majka only meters before the finish line on the Velika Planina mountain. But Pogačar remains in the lead overall, followed by Majka.

The 23-year-old Slovenian is now only three seconds ahead of Majka before the final stage on Sunday. Domen Novak (Bahrain Victorious), who finished 11th today, is third, 1.56 minutes behind Pogačar.

As expected, today’s race was decided in the final, 8.2-kilometre ascent to Velika Planina, where the Slovenian-Polish pair dominated. The two were separated from other competitors five kilometres before the finish line.

Thus, Pogačar and Majka were in an excellent position for the third time at the Tour, as Majka won the first stage (Pogačar was third) and Pogačar the third (followed by Majka).

On Sunday, the cyclists are in for the final, 155.7-kilometre stage from Vrhnika to Novo Mesto.

The post Majka wins stage 4 of Tour of Slovenia, Pogačar in the lead overall appeared first on Slovenia Times.

Day 161 of the Invasion of Ukraine: Russia Officially Accused the US of Direct Intervention in the War