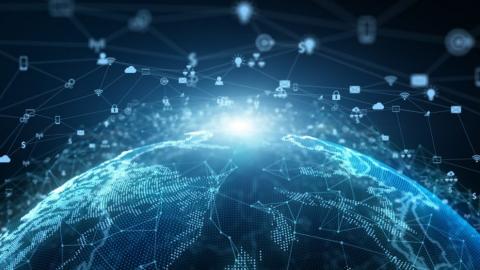 Ljubljana – The Government Office for Digital Transformation is drawing up changes to the act on digital inclusion, which introduced digital vouchers for students and the elderly. Under the act adopted under the previous government, most money would go for digital equipment, while this government plans to allocate more money for digital literacy courses.

Digital Transformation Minister Emilija Stojmenova Duh, who has been criticising the digital vouchers arguing they would widen the digital and social gaps, told commercial broadcaster POP TV last night that the act was also discriminatory, as not everybody is eligible for the vouchers.

The act also provides the money for digital literacy courses of just 5,000 elderly, which is “much too few”, said the minister.

From Wednesday, digital vouchers worth EUR 150 are available to students from last three grades of primary school through to university. They can be used to purchase computer hardware under the act on digital inclusion that was passed in February.

Stojmenova Duh said last night the government would not implement the law as it had been conceived by the previous government. “Since our country is governed by the rule of law, this act applies at the moment, so as long as it applies the young can cash in the digital vouchers,” she said, adding that the government-sponsored changes to the act would enable the government to realise its own projects, which would target mainly the elderly and the underprivileged.

The former digital transformation minister, Mark Boris Andrijanič, responded today on Facebook to “the many false pieces of information and ungrounded criticism of the digital vouchers and digital literacy courses for the elderly”. He said that the number of participants of the courses was limited to just 5,000 in the pilot year because of a short period in which they must be conducted.

This autumn the first free courses will be available but most have been planned for next year, he said.

He also rejected Stojmenova Duh’s criticism that the money will mainly be used to finance foreign-made equipment in the development of which Slovenian companies have had no significant role or benefit. He said the young would benefit the most from the vouchers, as they would get modern computer equipment.

By 11am on Friday some EUR 1.4 million worth of digital vouchers had been redeemed, shows data from the Government Office for Digital Transformation. In two days and a half more than 10,000 students redeemed their vouchers.

In all, just over 221,000 individuals are eligible for vouchers worth more than EUR 33 million.