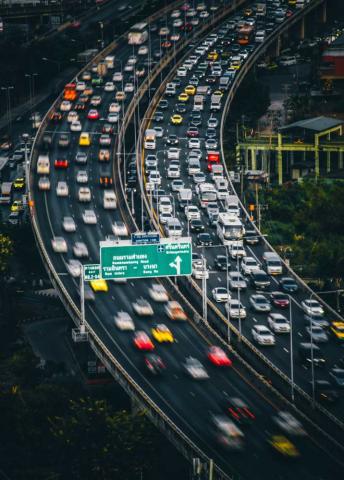 Ljubljana – Traffic has been slow on Slovenian roads throughout the day and the weekend, with long waiting times at some border crossings with Croatia and Austria. The situation has been further aggravated by an accident on the busy motorway near Postojna, SW, with the travel time prolonged by 90 minutes, according to the Traffic Information Centre.

Heavy traffic towards Ljubljana is expected until the evening on the Primorska motorway, not only because of the accident but also because weekend holiday-makers are returning home from Croatia.

It takes as long as four hours to enter Slovenia from Croatia at Gruškovje, two hours at Zavrč and just below two hours at Dobovec.

There is currently a three-kilometre traffic jam at the Karavanke tunnel towards Austria in the north-west, and the traffic is also very dense at the Šentilj border crossing with Austria, north-east.

Slow traffic and traffic jams are a regular feature in summer months in Slovenia as many Slovenians go on trips for extended weekends while traffic is already heavy due to the many tourists from across Europe crossing the country to reach their final destinations.

Slovenia stresses its opposition to Austria’s border checks
The world’s most liveable cities – Where is Athens?