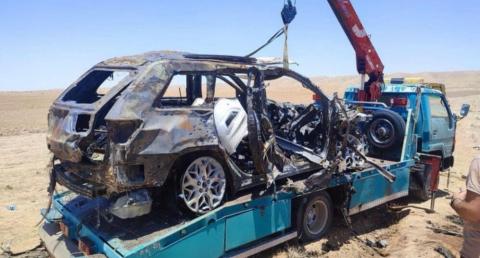 According to local reports, Şibli, who was a high-rank PKK leader in Syria, was "assigned" recently to coordinate the terrorist organization's activities in Iraq.

He was said to be the "right hand" of a PKK ringleader, Ferhat Abdi Şahin, codenamed "Şahin Cilo." Şibli joined PKK when the terrorist organization's leader, Abdullah Öcalan, who is imprisoned since 1999, was in Syria.

The latest operation has been MİT's fourth surgical strike against PKK local leaders in two months.

Iranian citizen Rahime Xezali was killed with two other terrorists in northern Syria's Qamishli province on May 31.

Ekrem Üstek, codenamed "Hayri," was killed in the Ayn al-Arab neighborhood in Syria's Aleppo province on May 15.

The news of the neutralization of Mehmet Doğan, codenamed "Dılhaz Gabar," in northern Iraq's Sulaymaniyah province leaked to Turkish media on June 2.