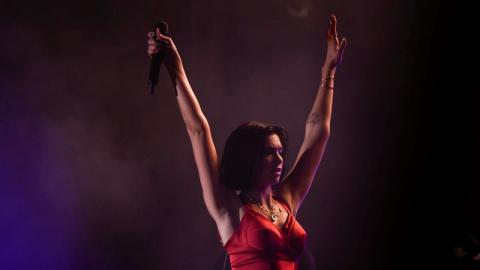 Kosovo's prestigious Sunny Hill musical festival will be held at "its own home town" of Pristina in August, after earlier announcing that it would be moved to Albania in a dispute over its location.

On June 15, the festival declared that it was switching location to Tirana in Albania because Kosovo's government had not approved a May 10 decision of Pristina municipality to lease the company 17 hectares in the village of Bernice e Poshtme/Donja Brnica.

"Everyone expresses their readiness for the issue of long-term land use to be discussed for a while until a lasting solution is found," a declaration read.

"In the spirit of excellent cultural cooperation between Kosovo and Albania, a special edition with another line-up will be held at the end of August in Tirana on 26, 27 and 28 August," it continued.

The festival, founded by UK-based pop star Dua Lipa, blamed the change in location to Tirana on Kosovo government "delays".

In a letter to President Vjosa Osmani, Prime Minister Albin Kurti, government ministers and Pristina mayor Perparim Rama, Dukagjin Lipa, father of world-famous Kosovo-origin singer blamed "numerous delays caused by the lack of [a government] response and a final decision on the use of space" for the festival.

"Instead of support, the festival's request has been politicized, legal deadlines have been exceeded … and today we don't have a final decision which would allow us to hold the festival in Pristina," Lipa said.

The festival, the largest music festival in Kosovo, was founded by Dua Lipa and her father in 2018.

In 2018 and 2019, it was staged in Germia Park in the Kosovo capital, but due to the park's limited capacity, it needed to change location.