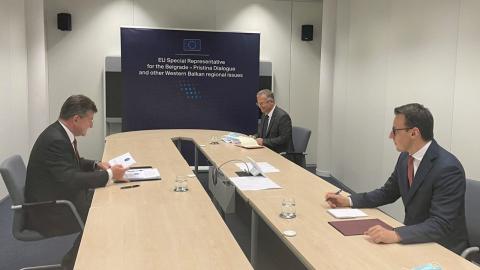 The EU's envoy for Serbia-Kosovo dialogue, Miroslav Lajcak, announced on Tuesday that Belgrade and Pristina have agreed to a 'road map' to further implement energy agreements made in 2013 and 2015.

Lajcak said that Belgrade and Pristina's negotiators adopted the Energy Agreements Implementation Roadmap, and described this as "a major step forward".

Very pleased to announce that Kosovo and Serbia just adopted the Energy Agreements' Implementation Roadmap in the framework of the EU-facilitated Dialogue. This is a major step forward. pic.twitter.com/QbY3W7uyrs

The intention is to solve the problem of how consumers in Serb-majority municipalities in northern Kosovo will pay for energy supplies. The situation has not been resolved since the end of the Kosovo war in 1999, and Serbs currently do not pay for the power supplied to them because they do not recognise Kosovo's institutions as legally valid.

According to the road map, the Kosovo Energy Regulatory Office will issue a supply licence to Drustvo Elektrosever, a subsidiary in Kosovo of Serbian state-run energy company Elektroprivreda Srbije, "in accordance with Kosovo's legal and regulatory framework". The road map does not say when the will licence will be issued, however.

Within ten days of the licence being issued, Drustvo Elektrosever "will sign the necessary technical agreements with KOSTT [Kosovo's electricity network system operator] and KEDS [the Kosovo Energy Distribution and Supply Company] in order to operate in the Kosovo energy market".