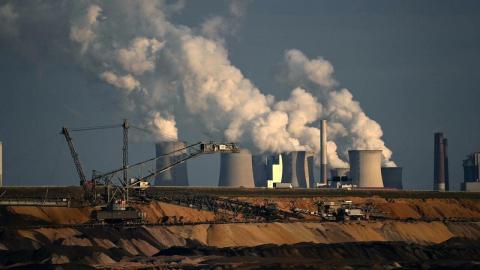 The Dutch have joined Germany and Austria in reverting to coal power following an energy crisis provoked by Russia's invasion of Ukraine.

The Netherlands said it would lift all restrictions on power stations fired by the fossil fuel, which were previously limited to just over a third of output.

"The cabinet has decided to immediately withdraw the restriction on production for coal-fired power stations from 2002 to 2024," Dutch climate and energy minister Rob Jetten told journalists in The Hague.

The Dutch minister said his country had "prepared this decision with our European colleagues over the past few days".

Germany however said it still aimed to close its coal power plants by 2030, in light of the greater emissions of climate-changing CO2 from the fossil fuel.

"The 2030 coal exit date is not in doubt at all," economy ministry spokesman Stephan Gabriel Haufe said at a regular news conference.

The target was "more important than ever", he added.

Russia's invasion of Ukraine has sent global prices for energy soaring and raised the prospect of shortages if supplies were to be cut off.

Russian energy giant Gazprom has already stopped deliveries to a number of European countries, including Poland, Bulgaria, Finland and the Netherlands.