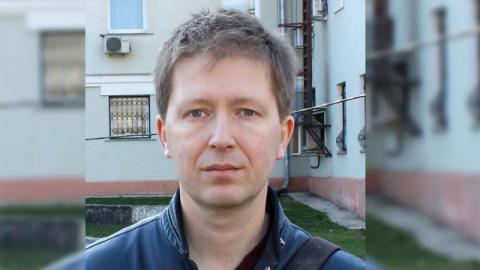 Andrei Soldatov - one of the best experts in the media on what is happening in the Russian secret services, was advised not to travel to Bulgaria because the country is too close to Moscow for him to feel safe.

According to the Russian-language newspaper "Meduza" other similar countries whose borders it is not advisable to cross are Hungary, Serbia, Turkey and Armenia.

One of Russia's first cases for "fake" news was filed against Soldatov after he was banned from spreading any non-official information about the war in Ukraine under threat of imprisonment for up to 15 years. According to him, the prosecution is revenge by the FSB for the fact that the journalist wrote how after the failure of the initial phase of the war, Vladimir Putin began repression against the Fifth Department in Ukraine.

Valeriya Arshinova, who is his spokeswoman, admits that the case will soon go to court and there will soon be a conviction. Soldatov learned three weeks after the start of the criminal investigation against him - when his bank accounts were blocked.

The accusation is that he deliberately "and motivated by political hatred" towards the authorities and the army misinformed many people about the activities of the army.

It is a video interview in which he says: "The role of the political element, and therefore of the special services, is very big. Only in this way can we explain that units that are not suitable for such battles take part in them. All the crazy videos with burned-out columns of the Rosgvardiya.We all know very well from our own experience that the task of the Rosgvardiya is to beat protesters, not to take part in tank battles.

However, they are thrown on the battlefield - and it is...