The Truth behind the Myth of Russia ‘Threatened’ by NATO 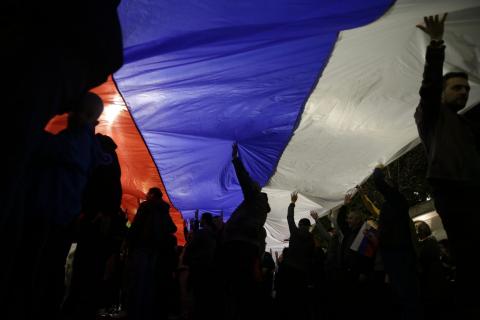 Defence and deterrence, not destruction

Has NATO ever posed a real threat to Russia?

The US and their allies established the alliance at the dawn of the Cold War between the totalitarian communist camp and the free democratic West. The main goal of this political-military alliance was defence and deterrence via-a-vis the Soviet Union and its communist satellite states, which made no secret of their desire to the destruction of the 'capitalist' free world.

With the end of the Cold War and the collapse of the Soviet Union in 1991, NATO adopted a broader approach in which its primary objectives of defence and deterrence were complemented by those of cooperation and security, including preventing the spread of weapons of mass destruction.

NATO has also tried to build a partnership with Russia; it established the NATO-Russia Council, which provided a mechanism for consultation and cooperation on a broad spectrum of security issues in the Euro-Atlantic region.

Thus, the official strategies and policies of NATO have been focused purely on defence and deterrence and on establishing practical mechanisms of security and cooperation.

One can object that the official position of the organisation and its real aims and actions can differ. To counter this argument, it would be enough to point out that between 1945 and the late 1950s the US and its allies had an absolute nuclear superiority over the Soviet Union, and could have annihilated it had it wanted to.

Russia's claims about the 'promises' made to its leaders by the West in the early 1990s...