Vucic made the decision 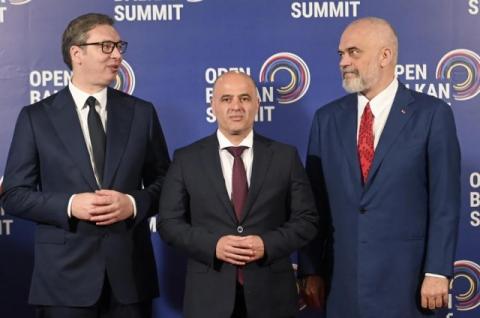 The leaders of the six countries in the region were invited to a meeting with the leaders of the European Council, which should be held tomorrow before the beginning of the regular June summit of the Union, at which enlargement will be discussed.
"In today's conversation between the President of the Republic of Serbia Aleksandar Vui, the Prime Minister of the Republic of Albania Edi Rama and the Prime Minister of the Republic of North Macedonia Dimitar Kovaevski, the circumstances related to participation in the upcoming EU-Western Balkans summit in Brussels on June 23, 2022 were discussed", it is stated in the announcement which was forwarded to the media.
"After detailed and comprehensive consultations with associates and members of governments, the leaders of the three countries decided to go to the summit together, agreeing on principles that will be the main backbone of talks with numerous EU officials," he added.
Bearing in mind that the Republic of Serbia, the Republic of Albania and the Republic of North Macedonia consistently represent the interests of their citizens and the entire Western Balkans region in all relevant international forums, the decision to participate and joint approach at the Brussels summit is another step towards progress but also a clear signal that despite numerous obstacles, we continue to make a constructive contribution on the road to European integration. We are aware that the topics we will discuss at the summit will not be easy, but our participation will once again show and confirm our commitment to the European path of Serbia, Albania and North Macedonia.
It was also agreed that at the meetings in Brussels we will continue to fight for dialogue as the main and only correct model for resolving all open...